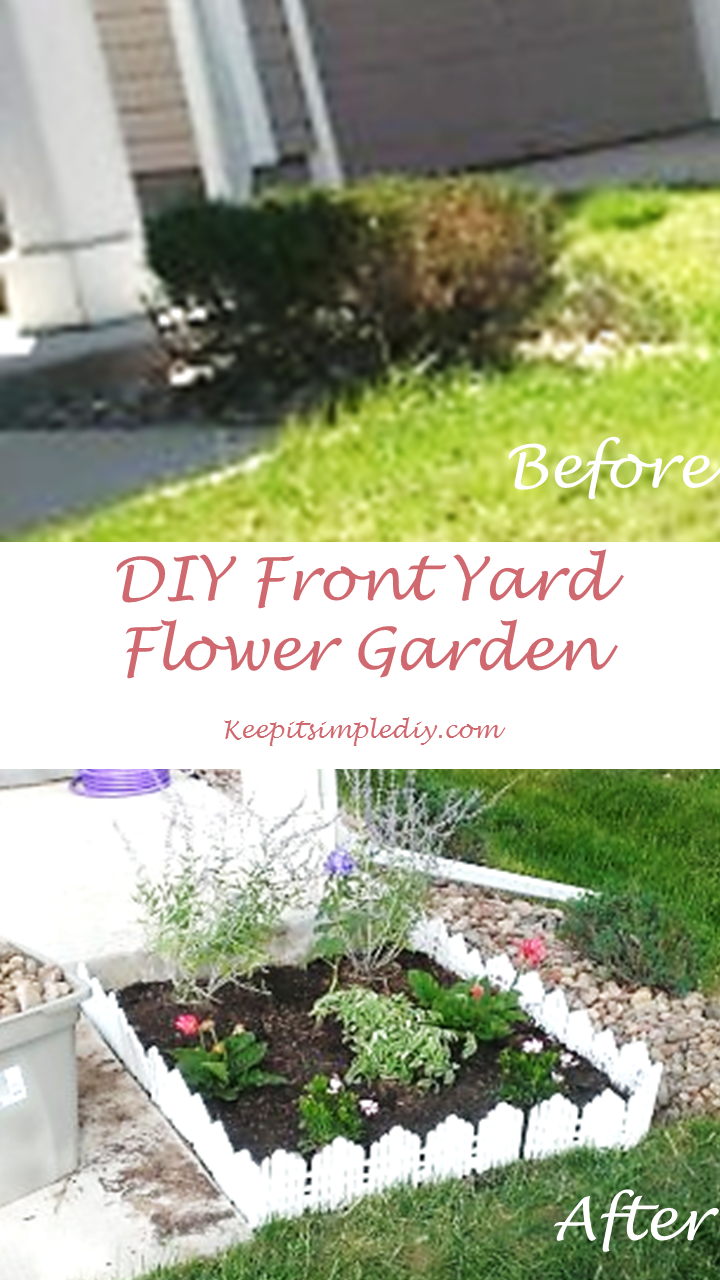 Here is my yard after being weeded with a simple bush at the front of the porch.  Of course, being a fan of color, I needed a flower garden.  Plus, the bush was dying so, I pulled out my tools and got to work.

Here’s how I did it:

Step 1: Get all of the Rocks out of the Area.
And put into a large container that you will have to have multiple people help you move.  That wasn’t the smartest idea.

Like most would, I grabbed a shovel, placed it near the root of the plant, and stepped on the shovel.  Unfortunately, even with jumping the shovel didn’t budge.  So, being a woman who is determined to everything, I went to plan B.  I grabbed shears and cut the plant down to just the roots then a small hack saw to get the roots out of the ground.  So, Something that would have taken about 3 minutes ended up taking an hour but I still had my pride.  And, I lived alone, what else was I to do?

Step 3:  Loosen the dirt.
I used a small three prong hand tiller that I can put into the dirt then twist making sure to avoid the drip line.

Step 4:  Buy Materials for the Garden
Like most projects, This one began randomly one day and I had not gotten any supplies for the garden.  Although, I had researched what I wanted the garden to look like.  Here’s what I bought:

Step 5:  Put it all Together

Here is the finished garden from my first year in my house. The only thing I would change about the project is that I would have done it a few weeks earlier because of weather conditions, but it still turned out how I expected.

Step 6: Convince Someone to Help Move the Rocks!