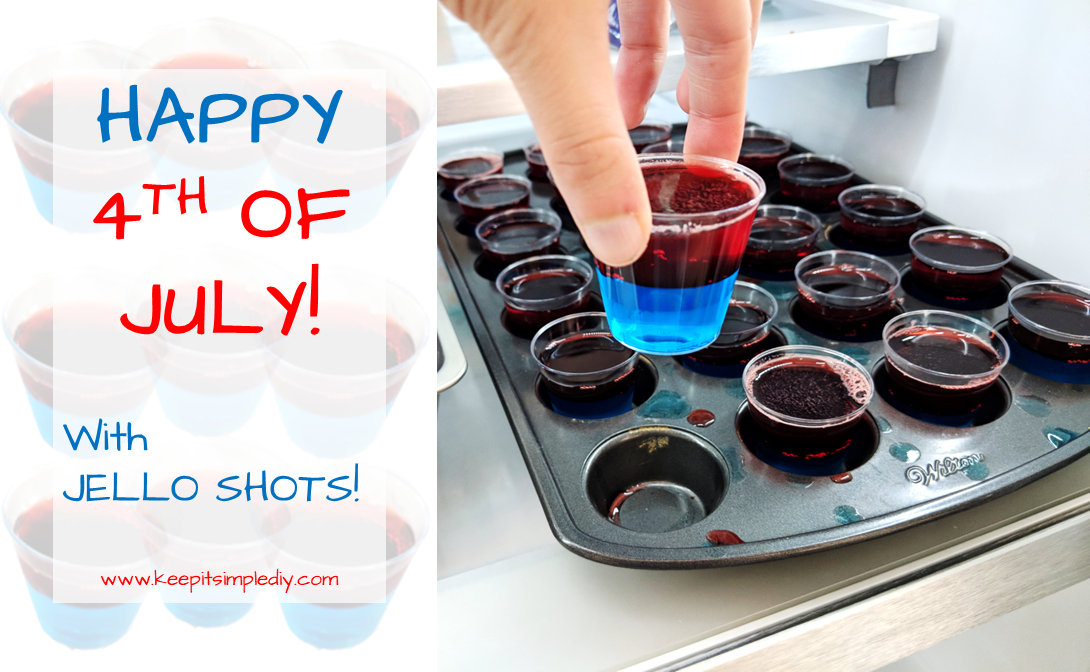 Happy 4th of July everyone!

Today marks Nick and my 5 year anniversary! Over the last 5 years, I haven’t been blogging much. A lot has happened and my focus has been on many of the other things we had going on. So where have I been?

June 2017 – Nick and I moved in to our house! It was an eight month process building the new house. Finally, on June 8th, we were given the go-ahead to move in! We had originally planned to move in on June 6th but there were sign-offs from the city that caused the delay.

Here are some things I remember from move in day. They were still doing touch up paint when we came for our pre-move in walk through. We didn’t have the final sign off from the city at our final walk through so we had the day off and were just hoping we would get to close and start moving in. We were able to switch our closing location to the office closer to us but they didn’t have the keys! Luckily, since it was a new build, we were able to get into the house and start moving in. We originally had planned to have internet and the fridge come in on the 6th but the fridge was installed on the 8th and internet about a week later. Phone service without internet was atrocious. Groceries were delivered before the fridge and perishables were stored in coolers. At the end of the day, I could not physically move anymore but my mind was still moving a mile per minute.

And of course, we brought the cats to the house and it’s like they knew it was their home.

July 2017 – Nick and I got married! If you haven’t had a chance to read how my wedding did not go as I’d planned, check it out. A few months ago I was still finding myself angry about my wedding when looking at wedding photos. So, simple solution, I updated the photos on the wall with more recent photos. But that didn’t exactly solve the problem. 5 years ago, I wrote a polite but honest review on the site where I found our officiant. She wrote be back but I was so angry I didn’t care what she had to say so I never read it; until now.

About a month ago I logged into the site and decided to read her response. Her response was that she was trying to make it more current/modern because that is her style. Not my style though! I decided that she didn’t have ill intent just made a lapse in judgement. But then, I was looking at the reviews and there was a 1 star review. Now I had given her a 2 star review because she did speak well. The one star review said she did the same thing to them! Added things into the wedding, changing the I-do’s, and even saying ‘You may now kiss your husband’. Unlike with me, she did sent the updated script to the couple, but only 4 hours before the wedding when she was already getting ready and didn’t have a chance to check her emails before the wedding! The reviewer mentioned that she had seen my review but still used the officiant because she read the officiant’s response to me and she was sure that the officiant wouldn’t make that mistake again.

So where does that leave me? After years of so much anger inside of me from that day, now instead of feeling angry about my wedding, I feel sad for the other person who this happened to. I can say though, the wedding day is just one day in a lifetime. Nick and I have 5 years of growing together so far and I can’t wait to see what the next five have in store for us!

December 2017 – I took what I thought was a break from blogging that turned into a 4 year hiatus!

July 2018 – We had our 1 year anniversary and I posted a quick update on the first year.

August 2018 – February 2020 – I was really starting to settle into my routine. I was at the same job I’d been at since 2014 and I was in the house that I knew I’d be in for a while. So began the early stages of travel and house updates!

Since I wasn’t blogging, I didn’t have a chance to get posts about each of these updates, but here are some of the things that I’ve done to the house.

And here are some trips that I took.

March 2020 – September 2021 – Well, I did about the same thing as everyone else did. I worked from home some of the time and didn’t do any traveling. Life was very routine, same thing each day. I did get some more garden beds added to my backyard though!

October 2021 – After 7 1/2 years with my employer, I quit my job! Of course, I had a new job lined up before quitting. They called it, the Great Resignation! And I guess I’m part of that statistic.

November 2021 – Now – I was worried how long it would take me to get back into the comfort of a routine especially since my new job is structured quite differently than the old. I’m happy to say that it didn’t take long at all! I am happily back into a good routine and feeling content with where I’m at.

During this time period, we did a house refresh. 5 Years of the house looking exactly the same was enough for me. I needed to have some change. Here are some of the changes that were made:

July 1st 2022 – And that brings me to today, our 5 year anniversary. We have decided to treat ourselves since we haven’t gone anywhere in the last two years and because we have finally gotten to a point where we have a little more flexibility in all areas of our lives. We traveled all day yesterday and today are in St. Croix at an all inclusive adults only resort for some much needed relaxation. We will be here through the 4th of July and I’m excited to see what the resort does for it since St. Croix is part of the US Virgin Islands.

And of course, what better to celebrate the 4th of July with than Jello Shots?

I’m sure you all know how to make Jello since the directions are on the package, but in case you’ve never made a multi-colored Jello Shot before, here’s the recipe! 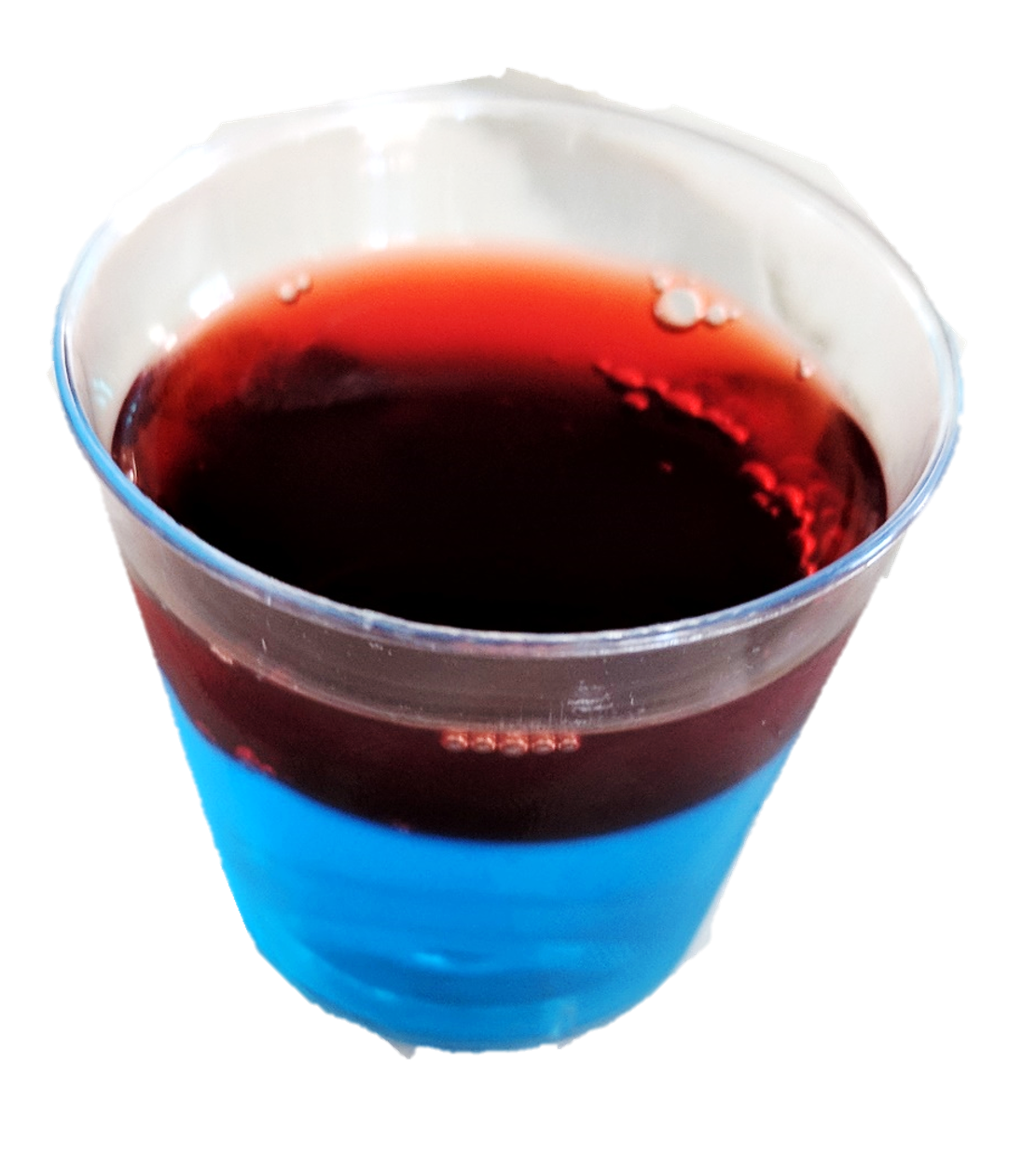