Secrets Why I Suddenly Stopped Using a Windows Phone 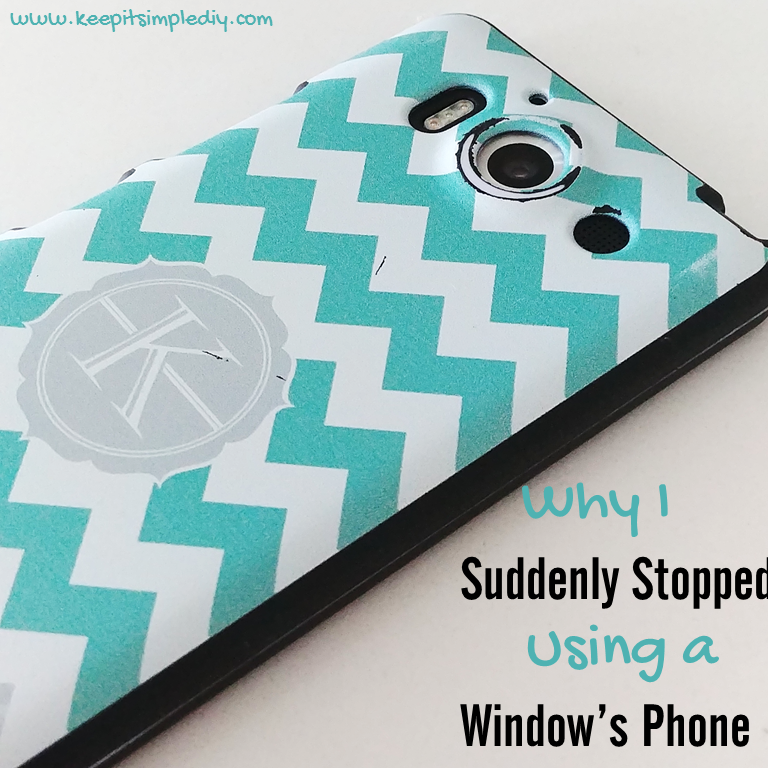 The day has finally come. I am no longer using a Window’s Phone. As you all may know, I absolutely love Windows phones.

My switch from Windows phone didn’t come lightly.  I did everything I could to hold onto it.  But, in the end, I just couldn’t.

Now, I still love Windows Phones and am anxiously awaiting the secret Surface Phone to come to life. But then why did I switch you ask?

Well, let me tell you the story. I did not switch willingly. I switched more out of necessity.

Nick and I recently moved.

Unfortunately my cell provider did not have service at the new house. I did everything I could to make it work. I used their app to note areas without service. I submitted a ticket with customer service. I even asked about alternatives.  They mentioned WiFi calling but the provider didn’t allow WiFi calling with Windows Phones anymore. That didn’t matter because WiFi calling only works if you have WiFi. Which we didn’t for the first few days when I needed the phone to work.

So, I decided to switch carriers. I went to a carrier that my neighbors said worked well for them.  This carrier was one of the few that carried Windows Phones. The Windows phones they provided were not as sophisticated as the one I had been using but still they had Windows phones.

I tried out carrier 2 for a couple days and realized the service was actually a lot worse than carrier 1. Carrier 1 worked everywhere I went except my house. Carrier 2 only didn’t work well anywhere I went.

I got myself in an extreme time crunch. It was the week of moving and I needed to get a phone that would work at our house. We had installers, deliveries, and Nick and I were dividing and conquering so we needed to be able to contact each other.

I switched to yet another carrier.  This time, on Nick’s plan. In order to switch, I had to get a new phone because mine couldn’t be unlocked (carrier issues). Carrier 3 did not have any Windows Phones though so I lost the battle.

I am no longer using a Windows Phone.

The annoying part about this is it cost me over $300 by the time it was all said and done. Carrier #1 wouldn’t do anything about it but charge me for the phone that I couldn’t use anymore.  They said that I didn’t have to switch carriers. They said that I could have bought a new phone from them and used WiFi calling. Really? So they want me to spend even more money to not have service?

I still didn’t have WiFi when we moved in. And our internet actually went out for four days since then because contractors installing internet at other new houses did something wrong.

Here I am. Without a Windows Phone. This time, I’m not hating the new phone as much as last time. There is a lot of function missing though.

Most annoyingly, the phone I have now is horrible in the car. It will completely stop the radio to make a notification noise. I have notifications tiened off when driving. But the notifications don’t stop.  I could go on and on about the differences but I will save that for another post.

My new phone isn’t horrible but I am bummed that I had to stop using my Windows Phone.  Crossing my fingers for a great Surface Phone to help Windows re-enter the market!