How We Met – Happy Valentine’s Day! 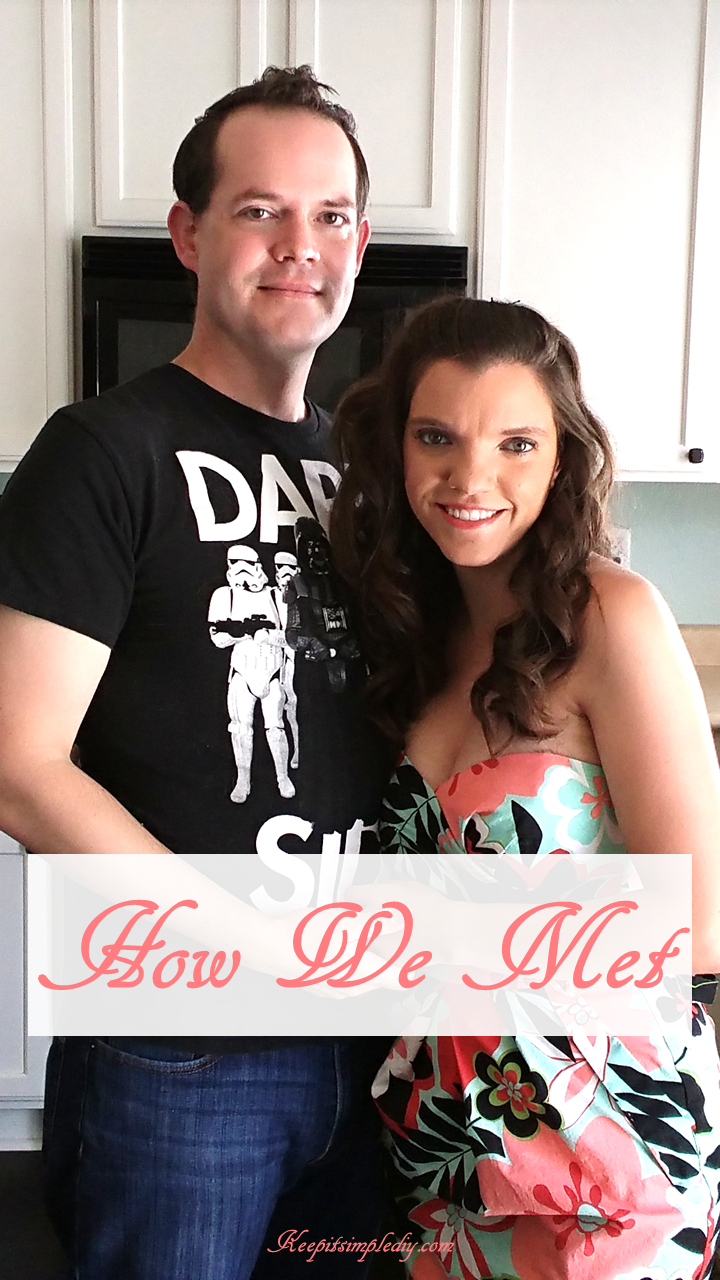 This is the only photo we have from around the time that we met up until we started dating.  Picture quality on phone’s has really improved over the past almost decade!

When we reconnected, he had a new group of friends.  I started hanging out with all of his new friends when I went to hang out with him.  This worked well since they all shared an apartment which they called ‘the fortress’.

One of the roommates was Nick.  He was a nice guy but at the time I was very focused on school and was so far away from considering dating.  Not long after, everyone moved from the fortress and my high school friend and Nick no longer lived together.  Nick and I had become friends while he lived at the fortress and we hung out on our own from time to time.  Usually because I broke a computer and needed it fixed.  😉

Over the next five years, we hung out off and on when our schedules aligned.  Nick is the only one I keep in touch with from the group because everyone moved out of state.  Nick also moved out of state when my high school friend moved and they lived together all the way across the country.

I remember right before he moved.  I finally had finished school and had just bought my house.  I had a good job and for once considered myself to be stable.  Even though we only saw each other every once in a while, I felt quite bummed when he moved out of state because I was just learning that I had feelings for him.

I decided to go with the old saying and let him go do his own thing and didn’t tell him about my feelings.  If we were meant to be, when the time was right, we would be together.

A while after he moved we started video chatting almost daily.  We would also play a game similar to Risk on Google Plus Hangouts.  Nick never let me win.  During these chats, I knew my feelings were growing stronger for him.  I watched as he dated different girls just waiting for the right time for us to be together.  I knew that the next move in my life would be to settle down and I wanted to make sure that I didn’t rush anything.

You know that giddy feeling you get when you talk to your crush?  I had that every night when we video chatted.  One day, I finally decided to tell him how I felt.  I wish I could say I vividly remember that day but I don’t remember a thing.

I convinced him to come and visit me around Christmas time in 2014.  I knew that it was make or break it at this point because friendships don’t usually last if the relationship idea is thrown around.  You either start dating or lose touch.  Luckily, a few weeks later, he packed up everything he could into his car and drove across the country.  He’s been with me ever since. 🙂