How to Automate Your Media Kit 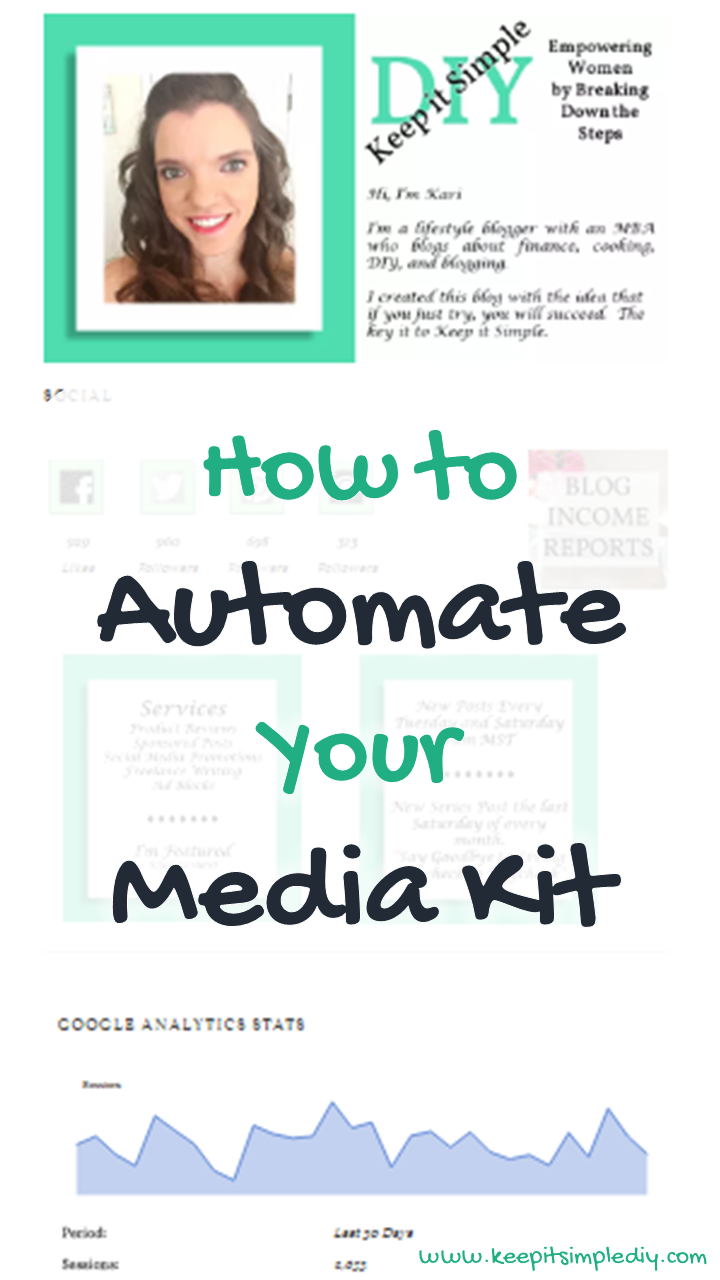 In my last few Blog Income Reports, I’ve mentioned that I was working on creating an automated Media Kit.  I am very happy that my media kit is now complete!

Before you read the post, open my media kit in a new tab so it will be easier to follow along.

I began the post with a simple image header.  The image includes a photo of me on the left with a short bio on the right.  I created this image as one graphic in PowerPoint.  Clicking this image takes  the reader to my About Me page.

This is where it starts to get exciting.  I went back and forth so many times trying to figure out how to get a live count of my followers.  Really, I made this more complicated than it needed to be because I wanted to use my own graphics.  I tried a table where row 1 was the image and row 2 was the count.  This looked great in desktop mode but not mobile.  I eventually landed on using the image caption.

*This taught me that you can use HTML in the image caption!  Fantastic!

My social interaction also has a basic image that I created for my blog income reports and a link to the page where I have them all compiled.

The next section is pretty simple.  I created two graphics in Power Point and uploaded them to the page.  The services graphic links to all of the webpages where I’ve been featured. My Say Goodbye to Living Paycheck to Paycheck series is linked in the image about the posting schedule.

This is the part that probably took me the longest to figure out.  I was originally trying to use advanced coding to show my unique users and pageviews.  These are the most often used stats in the blogging world it seems.  It ended up being way to complicated though so I settled on a live image of sessions.  Sessions still gives a general idea of how to blog is doing plus I post my exact page views and users each month in my Blog Income Reports.

Two plugins were needed to get this widget onto the Media Kit.  The first plug-in is Google Analytics Dashboard.  This is the plugin I used to create the widget.  I chose to show the last 30 days of traffic.  The second plugin is Widgets on Pages.  This plugin allowed me to display the widget on the page by using short-code.

Have you also automated your media kit?  If so, I’d love to see it!