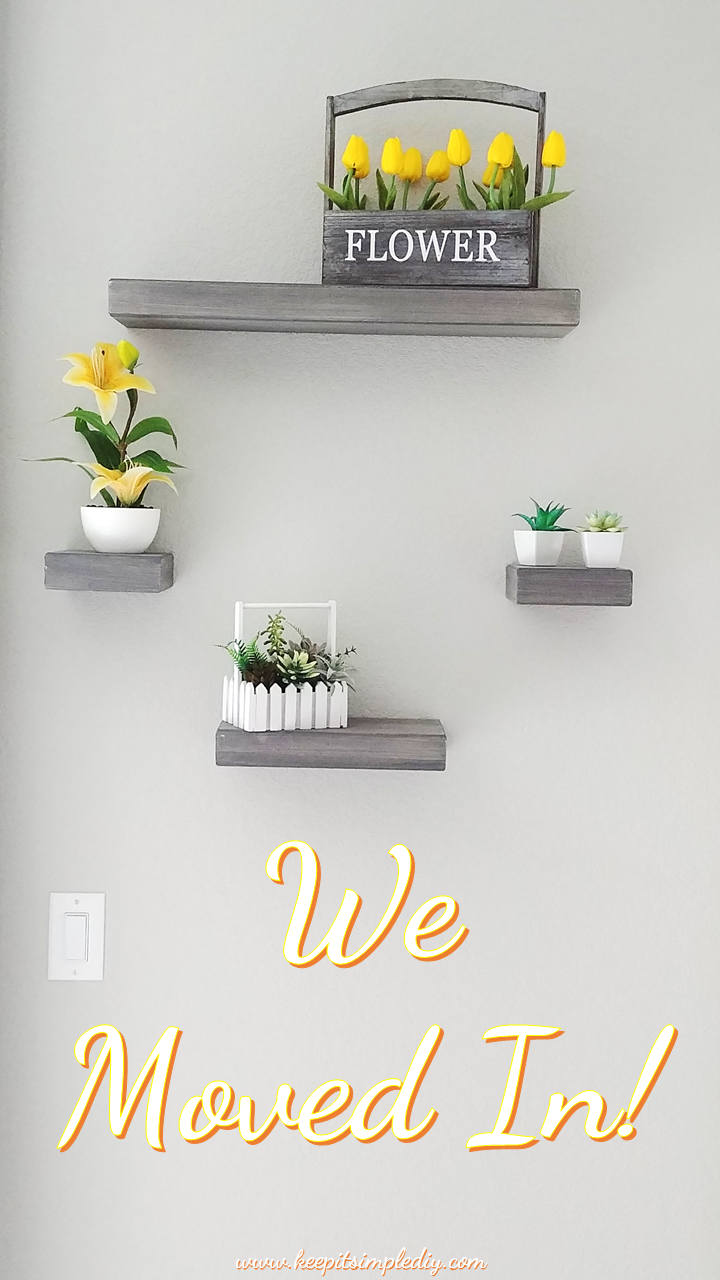 It’s official.  We have now moved in!

The first week was a tough one with this move. Our closing got pushed back by two days which meant we had to reschedule 8 vendors and meant we had to go 5 days without internet. This may not seem long but whole moving it would have been nice to be able to take a break and sit on the internet for a couple minutes or watch the YouTube vloggers.

The first day of moving didn’t go quite as expected. I had to be at the house because there were two appointments I couldn’t get rescheduled. The garage door opener installation and the grocery delivery. This worked out well though because I got the whole kitchen set up in that time and unpacked my closet.

For the first time, during the move, I got to the point that I could no longer move so I had to sit for the rest of the night. It was such a bummer because my mind was completely ready and wanting to get stuff done but my body just couldn’t. I was able to take that time to put together some curtain rods though.

On day 4 four of moving we started having the real issues. The power in the front of the house went out. The electrician determined that this was because a light bulb had a Nick on the end of it causing the electricity tobflow differently. The doorbell also went out because the transformer was bad. When we ran the dishwasher for the first time, it drained onto the floor. There was a hole in the motor. We also had a leak in our basement caused by a missing clamp. Then, while moving, the floor got a pretty large scratch in it.

We have now been in the house for two weeks and things are looking up. The only issue left to fix is the floor which would have been fixed earlier this week but the power went out right when the floor guy came.

Assure from all of the annoyances, everything is going well now. All of the furniture is set up and we are working on hanging drapes, installing cabinet knobs, and other little touches. We are hoping to have the inside looking completely like a house by the wedding.

I will be posting a house tour once we get back from our honeymoon. Stay tuned!