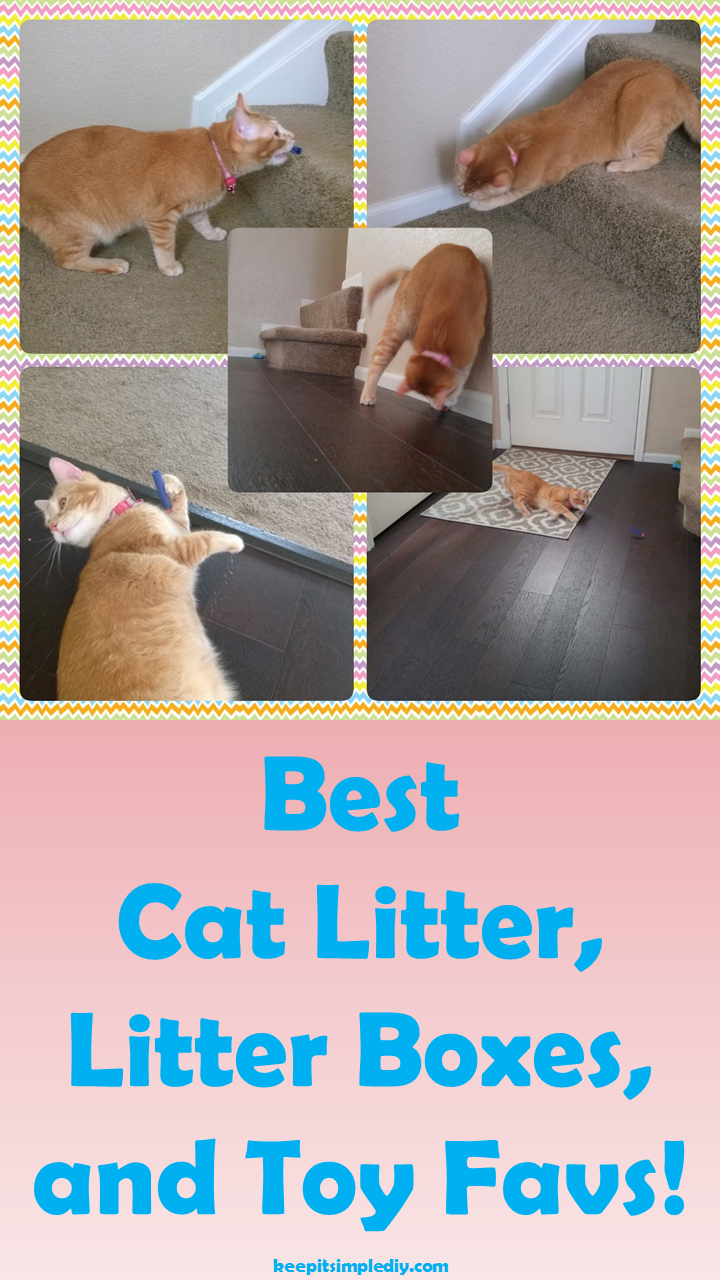 **This page includes affiliate links but all opinions are completely my own.**

I’ve been thinking about writing this post for a while now but something very odd has happened.  I love the Omega Paw self cleaning litter box.  This litter box is so easy to maintain and you don’t have to scoop!  I used this litter box for years with multiple kittens.  I did notice though that this litter box works best with Tidy Cats clumping litter.  The Tidy Cats Litter didn’t stick to the bottom of the box as much as other litters did.

This bathroom is such a hit that there wasn’t a line outside of the bathroom.  There was a line in the bathroom!  When I had four kittens in my home, I had two of these and one Automatic Litter box.

Something very odd is that my newest little kitten member is unlike any of the other kittens and doesn’t like something about either the Tidy Cats litter or having a roof over his head in the bathroom.  I’m working on trying to figure out which this is and hoping he stops peeing on my carpet before we move into the new house.

I decided to buy a cheap IRIS litter box and some Cat Attract litter to see if I could solve the problem.  I believe Benji doesn’t like Tidy Cats.  He no longer pees on my carpet downstairs but I keep smelling urine upstairs.  I am now using the IRIS litter boxes on both floors.

So, ups and downs.  I now have to scoop the litter instead of using the Omega Paw.  And I’m trying to find the best odor eliminating litter that is easy to maintain.

And now for some cuteness!  My kittens favorite toys ever are Nerf Darts and Ping Pong balls.  Not even cat toys!  Of course, their next runner up is anything small with cat nip in it!