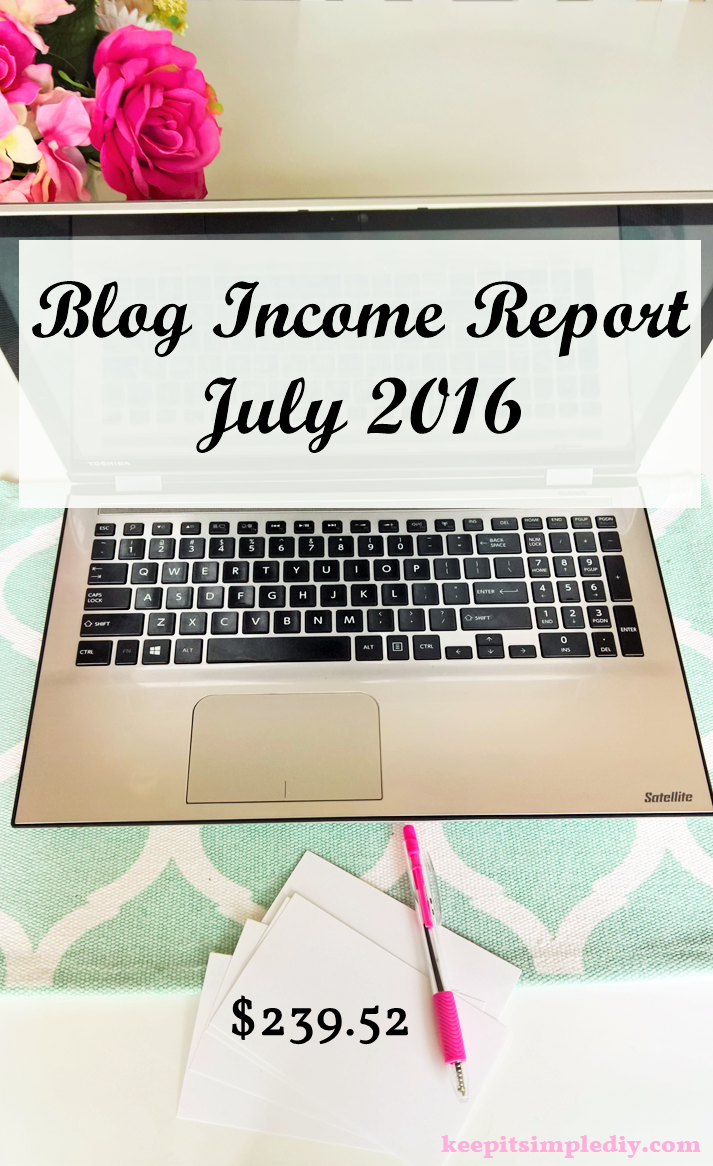 July was definitely a surprising month. My page views went up and my unique users went down.  The views on my top posts were lower than previous months as well.  I’ve been thinking a lot about why this could be and I’ve thought of some possible explanations.

In July, I used the Click Through and StumbleUpon posts in the Grow Your Blog Facebook group every day.  This could explain the higher amount of views and lower amount of visitors because of the repeat visitors.

In most other months, I do have a few posts get quite a few views from StumbleUpon.  This month was very surprising in that none of my posts gained much attraction from StumbleUpon. I was hoping that because I switched from blogging once per week on Saturdays to twice per week, Tuesdays and Saturdays, that I would have more opportunities to appease the SU crowd.  But, with quantity doesn’t always come the highly desired post.  I’ve also thought that perhaps because I had more posts, my views per post went down because I didn’t promote each individual post as much as I normally would.

At the beginning of the year, I set a goal to hit 5000 page views in one month at some point during the year.  Out of luck, I hit that goal in March when two of my four posts got thousands of views each from StumbleUpon.  Last month, I set a new goal which is to reach 5000 views per month consistently.  I’m not quite there but for the last three months, I’ve been right at 3000 page views per month and this month I reached 4000.  I’m getting closer!

With the extra page views came a bit of extra income as well. Here’s the breakdown:

This month was quite amazing for new opportunities.  I reached 2500 social followers and was able to join Linqia which sounds quite promising.  I also continued editing my old posts for Throwback Thursdays.

Last month, I did a lot of research on Pinterest.  Many other bloggers note that Pinterest is their top referrer for visits and page views which seemed so odd to me because I would get literally zero visits from Pinterest.  So, after much reading, I realized just what I needed to do.  I joined quite a few group boards and began pinning consistently.  Halfway through the month I was starting to see one or two visits here and there. I continued researching and decided to try Tailwind.

Now I’m scheduling about 30 pins per day with around 5-10 being my own pins and the rest being other pins that I like.  Because of all of the group boards, I’ve been able to schedule a pin for each new blog post daily for about two to three weeks depending on the topic of the most.  Now, I’m starting to see 10-20 and sometimes even 30 views in a day from Pinterest after only about two weeks of using the Tailwind scheduler consistently.

Focus for Next Month
Next month, I plan to focus on keeping up with the new routine of two posts per week.  This doesn’t seem like a lot but I was starting to feel like I had more work that I had to do at home on the blog than I did at work.  So, it’s time to refocus a bit and figure out a new pace for the increased post-load.